On March 3,1989, Debbie Smith was kidnapped from her home while her husband, a police officer, was sleeping upstairs. She was dragged into the woods behind her Williamsburg , Virginia home and raped. The rapist threatened Debbie not to tell, and reminded her that he knew where she lived. Bravely, Debbie went forward and told her husband Robert of the assault. The rape was officially reported and she consented to a forensic exam.

After the sexual assault, Debbie feared that her unknown attacker would return to further harm her or her family. This fear was paralyzing. During the first few years following this attack, Debbie was suicidal. Only the fear of her family finding her body prevented her from following this thought through. Some days, she and Robert drove around Williamsburg looking at homes because Debbie wanted to move. Other days she felt furious at her attacker for the effect he had on her and her family. On those days, she refused to move.

The traumatic effect of the assault remained with Debbie and her family for six and ½ years, and then her perpetrator was finally caught through a DNA database known as CODIS (Combined DNA Index System). The man who sexually assaulted her had abducted and robbed two other women. Their attacker was identified through an ATM photo where he made them take out their money. When his DNA was put into the system there was a match. Debbie’s attacker was convicted of rape, abduction, robbery, burglary and larceny. He was sentenced to two life terms plus 25 years in prison. 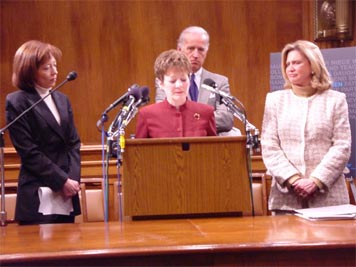 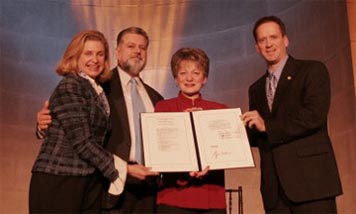 Because of the suffering Debbie and countless other victims of sexual assault have faced, legislation has been passed to improve investigations and services for this crime. The Debbie Smith Act, now part of the Justice For All Act of 2004, was signed into law on October 30, 2004. The law was renewed for another five years in 2009 and again in 2014, then 2019; thus it remains active to this date. For a complete look at this law, see website of Congresswoman Carolyn B. Maloney.

Debbie Smith travels around the country with her husband Robert to talk about her experience. Her purposes for talking about the attack are to assist those who work with victims to be more aware of how to approach them. They would like to take away the stigma that comes with rape that puts the blame back on the victim. They would also like to put rapists in jail before they have a chance to continue their rampage, as most rapists will attack between eight and twelve women.